Crotch covered in gasoline and the fix for it...and some bling

So I was out riding last Sunday and was just coming over the mountain on Rt Twisk. The weather was really hot and I noted a few drips of rain and thought the truck in front of me smelled a bit too much of gasoline. Moments later I felt something in my crotch and looking down I could see both evo2 tanks splurting out gasoline through the breather hoses and it was all pouring down over my pants. It wasnt rain and the gasoline smell came from my pants!! I pulled in at the first opportunity and noted now that fuel was pouring from the frontal tanks at a rapid pace. It was scary since the engine was running really hot and there was just luck that nothing set the fuel on fire. It took me a good few minutes and well over a litre of fuel pouring out before I figured out what was happening. The air in the rear tank has expanded because of the hot weather and was now pushing the fuel from the rear tank to the frontal tanks. I quickly opened the rear tank and the gasoline stopped flowing all over the place. 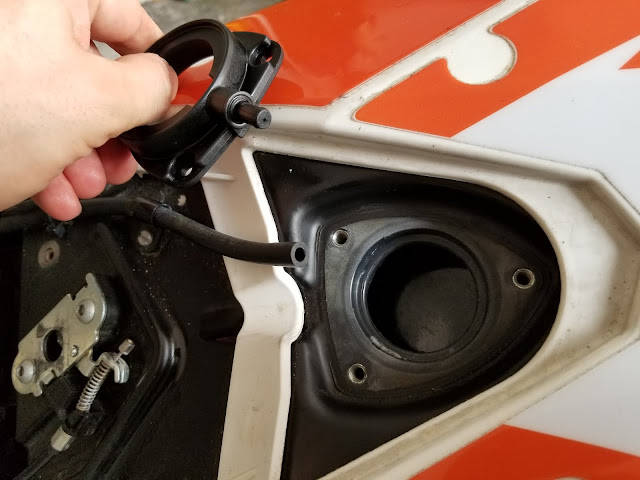 What had happened I thought? Looking more closely at the breather hose on the rear end I could not see anything wrong. However when trying to blow through it from the bottom revealed it was blocked. Bingo, that was the problem. When I disconnected the hose at the tank I noted I could easily blow through the hose so no kinks in the rubber hose. That left the fuel cap socket and sure enough it was blocked. The little ball valve had some how gotten stuck. I used a 2mm drill to force it open since I don't think the risk of all fuel pouring out of that hole is that big. At least I prefer that than having another crotch gasoline soaking experience. 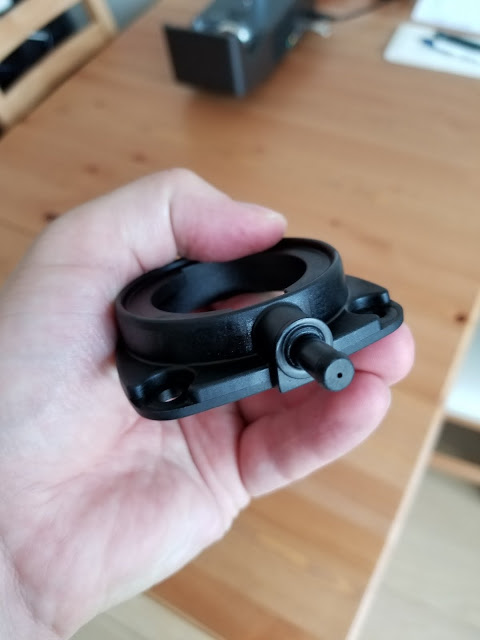 Another upgrade for today was also the foot pegs. While riding standing for a while I noted the pegs have been a bit small so I invested in a pair large ones from http://www.radegarage.com. Maybe a bit bling in my taste but certainly does the job. 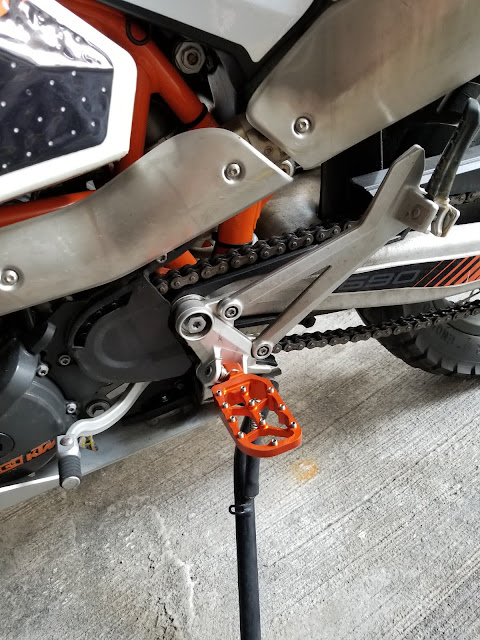 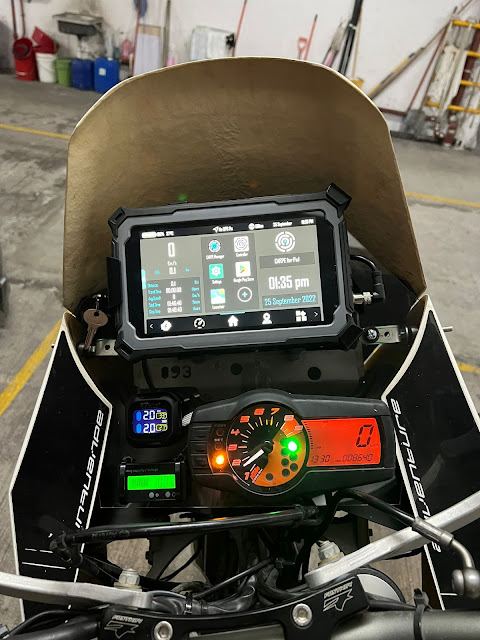 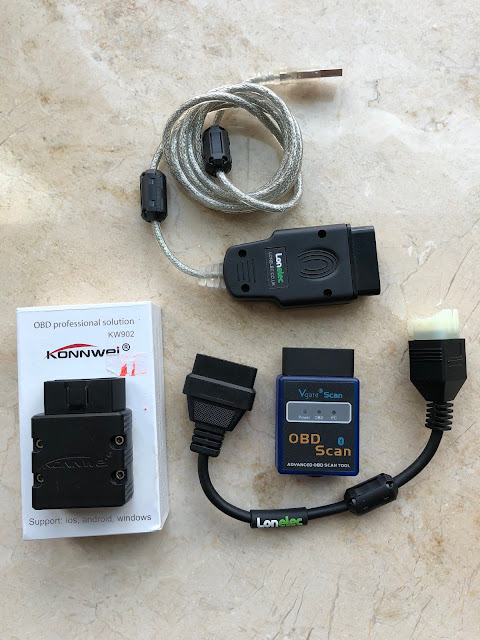 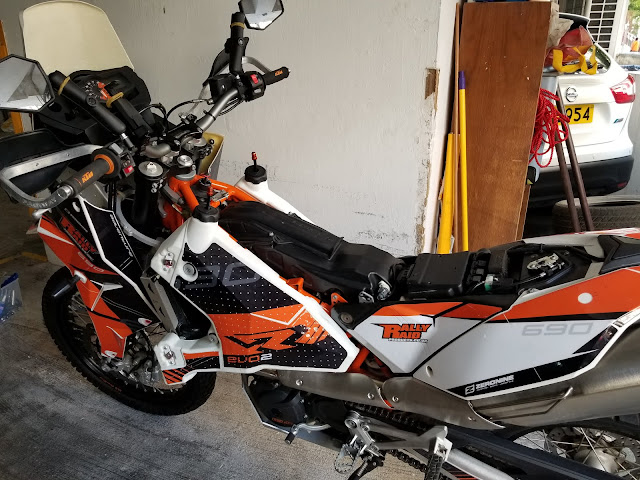